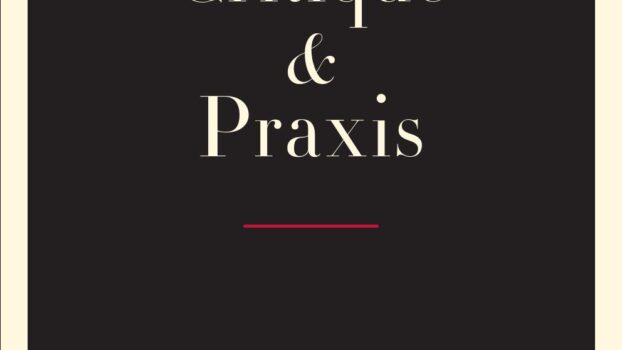 An ongoing collection of references shared during Amplifier worldbuilding discussion. 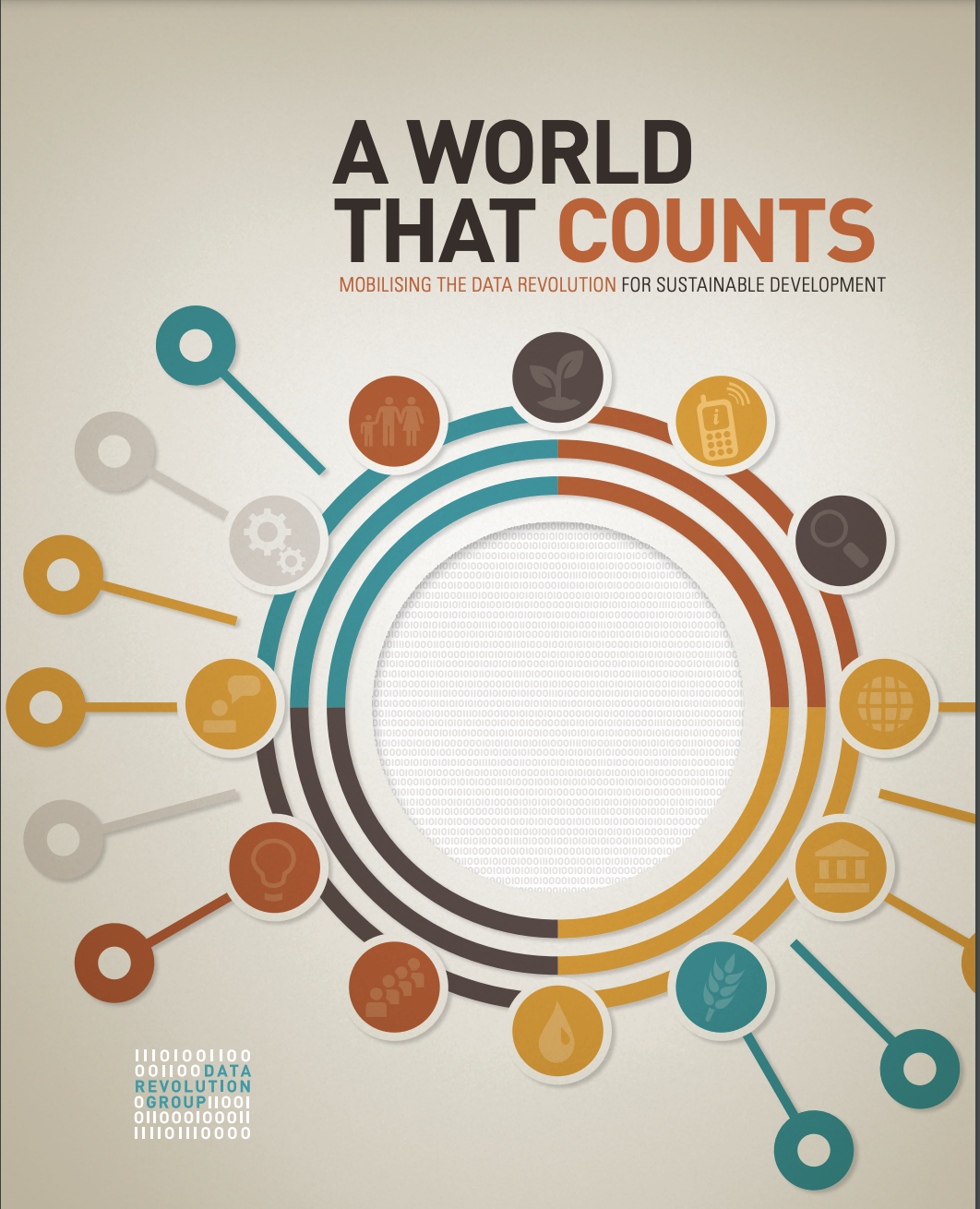 Our political-economic system is not working: families are struggling, the middle class is diminishing, one in five U.S. children lives in poverty, we have unacceptably high rates of homelessness and incarceration, rising underemployment, collapsing environmental systems, and a host of other problems. What would it look like if the system in all of its dimensions – cultural, economic, political, environmental – focused on ensuring we have a healthy society and planet? What would it take so caring for people and nature is a top priority? Does the current shift to an age when automation replaces more and more jobs offer an opportunity to build such an economic system? How can we get there, and how can we measure our progress along the way? In this webinar, our panel of leading thinkers and practitioners weighing in on these questions includes: President of the Center for Partnership Studies and Director of the Caring Economy Campaign, Riane Eisler; Director of the National Domestic Workers Alliance and Co-director of the Caring Across Generations campaign, Ai-jen Poo; Co-Chair of the Next System Project, Gar Alperovitz; and Co-Director of the Global Development and Environment Institute (GDAE) at Tufts University and Core Support proponent, Neva Goodwin. Our partner Laura Flanders of GRITtv moderates the discussion.

The commons are those things that we all own together, that are neither privately owned, nor managed by the government on our behalf. Some are large scale and somewhat abstract, such as the English language. Others are local and more tangible, such as fishing rights, and they need more careful management. Our current political paradigm is sceptical of the commons: if nobody takes responsibility for something, it will inevitably be abused. So either it needs to be in private hands, or run by public institutions.

There are good examples of commons though – irrigation networks or pastures that have been managed by and for ordinary people for generations, and they’re still functioning. There are also examples of wrecked pastures and over-exploited fishing grounds, failed commons where a resource was mismanaged and destroyed. Elinor Ostrom studied both kinds, and drew up a list of principles for running the commons. I read them recently in Derek Wall’s book on her work, and they’re worth sharing.

1. Commons need to have clearly defined boundaries. In particular, who is entitled to access to what? Unless there’s a specified community of benefit, it becomes a free for all, and that’s not how commons work.

2. Rules should fit local circumstances. There is no one-size-fits-all approach to common resource management. Rules should be dictated by local people and local ecological needs.

3. Participatory decision-making is vital. There are all kinds of ways to make it happen, but people will be more likely to follow the rules if they had a hand in writing them. Involve as many people as possible in decision-making.

4. Commons must be monitored. Once rules have been set, communities need a way of checking that people are keeping them. Commons don’t run on good will, but on accountability.

5. Sanctions for those who abuse the commons should be graduated. Ostrom observed that the commons that worked best didn’t just ban people who broke the rules. That tended to create resentment. Instead, they had systems of warnings and fines, as well as informal reputational consequences in the community.

6. Conflict resolution should be easily accessible. When issues come up, resolving them should be informal, cheap and straightforward. That means that anyone can take their problems for mediation, and nobody is shut out. Problems are solved rather than ignoring them because nobody wants to pay legal fees.

7. Commons need the right to organise. Your commons rules won’t count for anything if a higher local authority doesn’t recognise them as legitimate.

8. Commons work best when nested within larger networks. Some things can be managed locally, but some might need wider regional cooperation – for example an irrigation network might depend on a river that others also draw on upstream.

Traditionally, the commons guaranteed all people free access to shared natural assets, which were cared for in common for the benefit of all. What remains of the commons in the twenty-first century is an economic balancing act between private gain and public good in spaces ranging from indigenous ancestral lands to the village market to urban environments, and encompassing the information commons, the ethical commons, and the cultural commons, not to mention the threatened environmental commons, which may herald the demise of the natural environment itself.

The share economy has changed our cities with new forms of distributed economies and global flexibility. In housing, it has also removed created vulnerability, turning available units into tourist accommodation. Our project instead imagines the share economy being used as a community fund to build neighborhood resources for long-term housing. By staying in our cabins, you build local funds for long-term housing resources.

In Fall 2020, Emily Carr University of Art + Design’s Shumka Center for Creative Entrepreneurship hosted a monthly series of online roundtable conversations titled “Critical Transformations: A Forum on New Futures.” Curated by Ceci Moss, the events invited visionary artists, curators, activists, designers, architects, and arts organizers around the globe to discuss their work in creating groundbreaking new models for the arts sector during unprecedented times. In the face of challenges such as the pandemic, an economic recession, and rising fascism, alongside the opportunities of social justice, creative problem-solving, and bold thinking, these talks were meant to lift up new models and ways of thinking.

During their presentation in the “Institutional Reformatting” session, curator Vanessa Kwan reflected on the representation of the present in artist Angela George’s Tsleil-Waututh weavings (pictured), which express time stretching seven generations forward and back. Kwan asks, “How do we imagine institutions operating differently? How do we imagine what we do engaging with more philosophical aspects of time and place and location and responsibility, which have very real ramifications when taken into our practices in the real world?” Kwan suggests that art spaces act as portals for imagination, where this responsibility towards several generations, both in the past and in the future, can and should be part of the decision-making process. This radical reframing lies at the heart of all of the “Critical Transformations” discussions. The hope is that these convenings will plant seeds for a different orientation towards arts organizing.

Civic AI: How can AI and collective intelligence enable new forms of community response to the climate crisis?

Recognizing issues like climate change brings to the fore the trans-scalar relations that directly tie buildings, bodies, cities and ecosystems together. In this context, the planetary lens shifts our view of architecture from the isolated object to the structurally situated and historically entangled design practice—an art form that necessarily cuts across and interrelates multiple scales, disciplines, bodies and actors.

Our Amplifier proposition regarding freedom of movement for indigenous people as a framework for immigration in both English and Spanish.

The role of banking in the absence of more intentional public policies to produce housing affordability, offers a window into other possibilities. 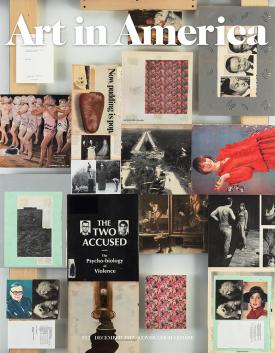 Other Voices, Other Worlds in Art in America on efforts to move toward another way of thinking about other species.

Review of Agnes Denes exhibition at the Shed. https://www.archpaper.com/2020/02/oracular-visions-of-agnes-denes-on-display-at-the-shed/

Tunde’s discussion of Wole Soyinka was focused on Death and the King’s Horseman. I found this fascinating scholarship on the Yoruba worldview.

Vince Carducci, Review of McKenzie Wark’s Capital is Dead: Is this Something Worse?

Article Rockwell wrote about climate adaptation in the LES of Manhattan.

Sees is a hybrid physical & digital publishing platform for a new generation of spatial cultures in, of, & for the 21st century.

TJ Demos, Beyond the End of the World

There are Black People in the Future: https://alishabwormsley.com/there-are-black-people-in-the-future

Decolonization is Not a Metaphor

On the Yoruba imaginary and the god Esu

Radical Austria: Everything is Architecture

The Expert Mechanism would hereby like to call indigenous peoples, States, National Human Rights Institutions and academics to provide contributions to this study, in English, French or Spanish, in WORD format, to expertmechanism@ohchr.org, no later than 1 March 2021. Submissions should focus on the themes contained in the concept note.

Bruno Latour, Down to Earth: Politics in the New Climactic Regime

Donna Haraway, Staying with the Trouble: Making Kin in the Chthulucene

Charles Taylor, Reconstructing Democracy: How Citizens Are Building from the Ground Up

Jared Diamond, Collapse: How Societies Choose to Fail or Succeed

Eve Chiapello and Luc Boltanski, The New Spirit of Capitalism

McKenzie Wark, Capitalism is Dead: Is this Something Worse?

Michel Foucault, The Birth of Biopolitics: Lectures at the Collège de France, 1978–1979

Quantum Darwinism, which may explain our reality, passes tests

Beyond Weird: Why Everything You Thought You Knew about Quantum Physics Is Different

How mainstream US childcare habits shape culture over time. Globalization and conflict, how epistemological and ontological errors within and among individuals, can corrupt whole societies, and even destroy the potential for life on earth.

Mitchel Resnick, “Beyond the Centralized Mindset”

(…including the observer within the observed; failure to do this, to consider wider contexts, leads to epistemological and ontological errors – see #1 above )