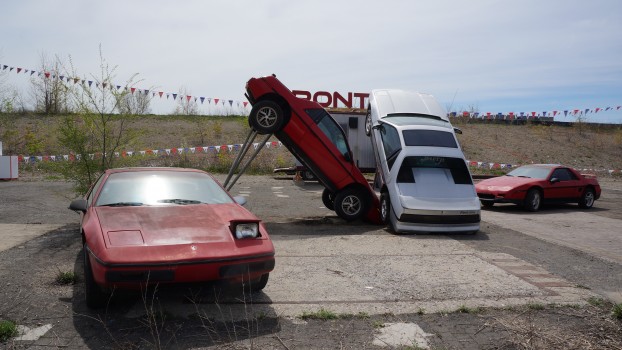 Free City is a large-scale public art festival that temporarily reclaims the former Flint-Chevy manufacturing site along the Flint River for public use.

Free City is a large-scale public art festival that temporarily reclaims the former Flint-Chevy manufacturing site along the Flint River for public use. The festival features dozens of music, dance, and theater performances, art installations, and hands‐on workshops – all free and open to the public – to reconnect residents to the Chevy Commons site and its future potential. A critical mass of temporary activities turns the abandoned industrial property into an active public space, highlighting the ongoing transformation of Flint.

The theme for the 2015 Free City festival, Being Here, invited work that called to mind the presence of the individual in a specific time and place, exploring the effects of new media and technology on experience. Since the first festival, the Chevy Commons has attracted nearly $3 million in grants to support its transformation into a year‐round public space.

During its inaugural year in 2013, more than 75 artists and organizations from the city, the region, and the country participated, including more than 20 from Flint, a dozen from southeast Michigan and the Great Lakes region, as well as international artists from Germany, Ireland, and Poland. The event attracted thousands of visitors from the region to activate the sprawling city-owned landscape at the curve of the Flint River.