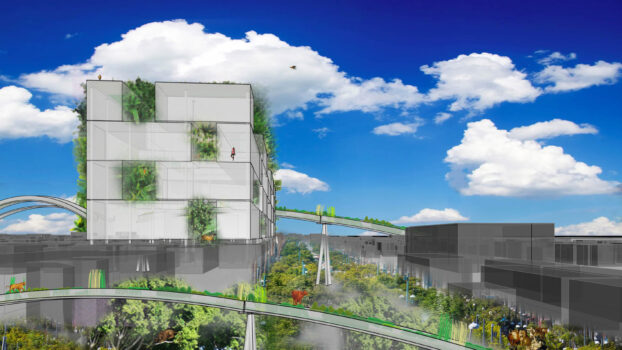 Propositions for a Planetary Layer

Propositions for a Planetary Layer is a proposal for a framework that would function in the manner of a kind of multi-species zoning overlay, a special district on top of existing systems, to be adjusted over time, improved, and if successful, implemented at a wider scale.

As the animal Homo sapiens came to dominate the Earth’s terrain over the course of its history, the planet experienced accelerating extremes. Every kind of natural ecosystem suffered degradation from its activity: ocean, forest, lake, plain, river, mountain, valley, wetland, tropic, desert, semidesert, permafrost. Extinction of plants and wildlife increased the velocity of violent changes already underway to the point where Homo sapiens came to threaten its own existence as a species. Propositions for a Planetary Layer is a proposal for a framework that would function in the manner of a kind of multi-species zoning overlay, a special district on top of existing systems, to be adjusted over time, improved, and if successful, implemented at a wider scale.

An initial proposition: Homo sapiens must nurture, build for, create space, and refrain from destroying the wildlife in its immediate surroundings. It must live peaceably with insects, weedy plants, small animals, and even large predators to ensure balance in natural ecosystems. Its structures for habitation, its roads, its pathways, its entertainments will henceforth be intentionally navigable not only by the human but by all other animals and plants. The Planetary Layer is a trellis of vines, a network of strings, a connective tissue, a web for the surging of the lifeworld. Among the assumptions of a Planetary Layer: balancing a coding mandate governing the totality of Earth’s human habitations with the particularities of places, their regional characteristics, geological features, climatic conditions, indigenous histories and inhabitants, and hyperlocal belief systems and lifeways.

Our framework assumes that in the near future, animals and other forms of life will be endowed with an inalienable right to exist and be protected from extinction. In response, Pamphlet Architecture 37 articulates a speculative future topography of a planetary multi-species zoning overlay as it plays itself out within 10 distinct microclimatic zones. For each of the 10 micro-climactic zones typologies studied, we would develop a series of drawings and rules expressing the mandate for multi-species design that would protect biodiversity on Earth and prevent massive extinction due to the nonstop growth of human populations and build-up environments.

In Los Angeles, we began by tracing a dense mid-rise development on top of the existing city, leaving the existing low-lying, sprawling human habitat
in place as a kind of future ruin to be preserved, reused, and built over. We added a layer of vegetation over the new structures and existing streetscapes, with the intention of populating the world with continuous connectors for wildlife to live alongside humanity. 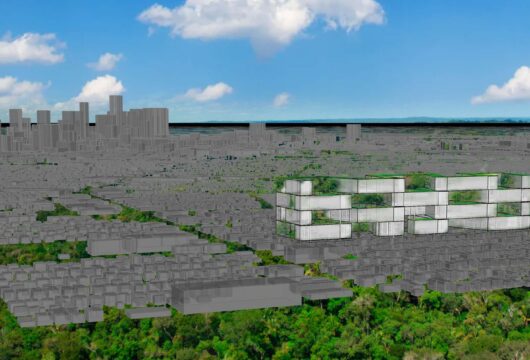 In New York City, we used the Seagrams building as an extreme model of how a multi-species Planetary Layer might operate within a city that includes a substantial amount of high-rise offices and skyscrapers. The drawings show rock-like formations atop the tallest structures, which are then interconnected with overpasses that would in principle allow other species to enjoy free passage across all spaces inhabited and occupied by the Homo sapiens. In addition, we expressed our proposition in the form of a series of rules that would be mandated across a variety of types of human environments. 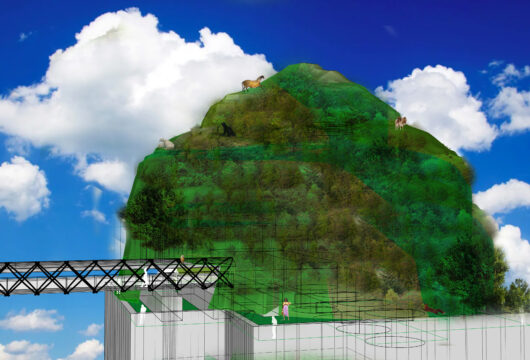 How to Initiate a Planetary Layer: New York City

1 – Develop a structure of legal claims to be argued at the upcoming International Ecocide Court, International Criminal Court, U.S. Supreme Court, New York State Supreme Court, and New York City Municipal Courts to prosecute crimes against the biome. Pesticides, harmful chemicals and activities are outlawed and subject to civil penalties collected by an agency charged with implementing a planetary layer.

3 – Open a multilateral global fund for the installation of systematic rooftop garden membrane technologies and subsequent planting of diversified ecosystems. Part of the fund would pay for the structural upgrade of buildings both for the additional rooftop installations and for the rising level of salt water in direct contact with the lower part of building structures. The construction and management company would be publicly owned.

5- Architects and structural engineers are called to design a series of rooftop connective lightweight pedestrian bridges and bioswale streetscapes to expand access and create mano-ecological corridors extending from the city into the countryside. 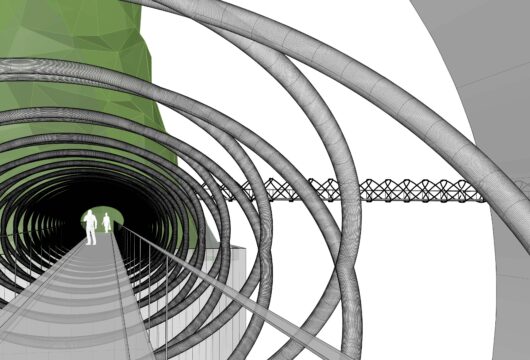 In Oakland County, a suburban area north of Detroit, we use the Summit Place mall, a 1.4 million square foot facility, originally opened in 1962 as the state of Michigan’s first enclosed shopping center, permanently closed in 2014 and currently unoccupied, to envision a Planetary Layer mixed-use development that would employ biophilic design principles to construct a complex that would incorporate residential and commercial structures,
community gathering spaces and gardens, and entertainment and recreation options. The Summit Place development would be walkable within its confines and connect with a regional transportation system. A substantial portion of the abandoned surface parking would be depaved and remediated to support community agriculture and a multi- species habitat. It would operate under a condominium governance structure. 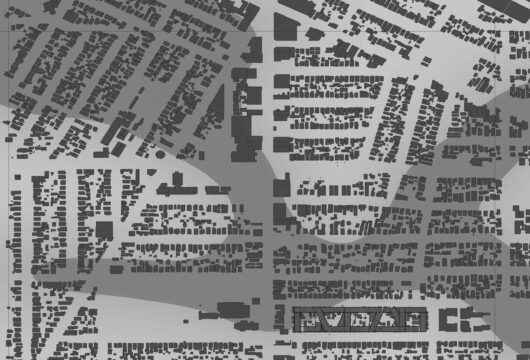 How to Initiate a Planetary Layer: Oakland County/Detroit
1 – Publicly proclaim a new era and declare moral authority: “All elements of the local geology and biome, along with all technological interventions within, upon, and above it (hereafter, “the ecosphere”), belong to the Planetary Layer to be protected, planned, and designed accordingly by all public and private entities.”

2 – Develop a legal structure subject to governance by the appropriate international, national, state, and municipal jurisdictions to protect the ecosphere of the local Planetary Layer and prosecute any crimes against or damages to it, including any and all technological and political interventions that may cause harm and thereby threaten its sustainable, equitable existence for future generations.

3 – Plan and develop an environmental management system that seeks to remediate existing damages to the ecosphere of the local Planetary Layer and enact codes to facilitate the construction of a sustainable equitable multi-species habitat.

4 – In accordance with the above principles, develop communication and transportation networks, cultivation systems, and public and private structures that employ biophilic design to enable the flourishing of a multi- species habitat within the ecosphere of the local Planetary Layer, as well as establish connections with other nodes within the global Planetary Layer. 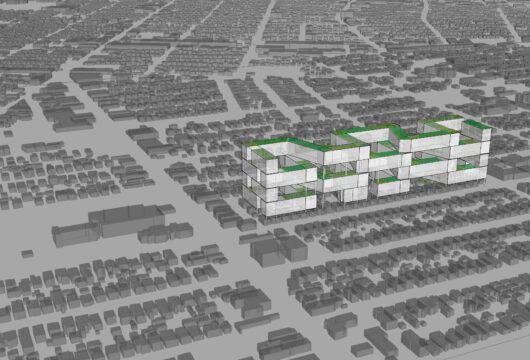